Warning Cookies are used on this site to provide the best user experience. If you continue, we assume that you agree to receive cookies from this site. OK
Cart is empty
Cart is empty
View cart
Checkout
My Account
Sign inRegister 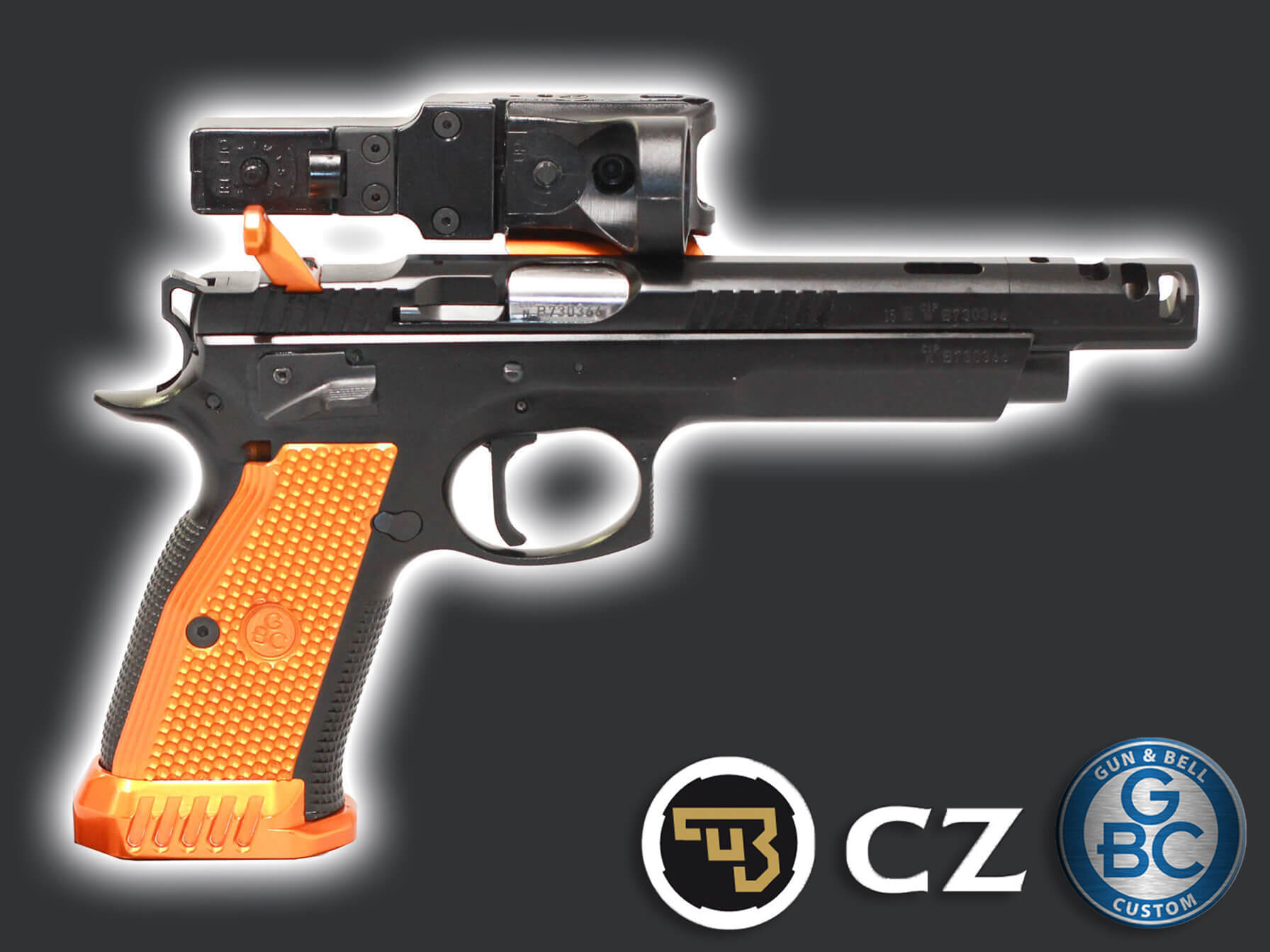 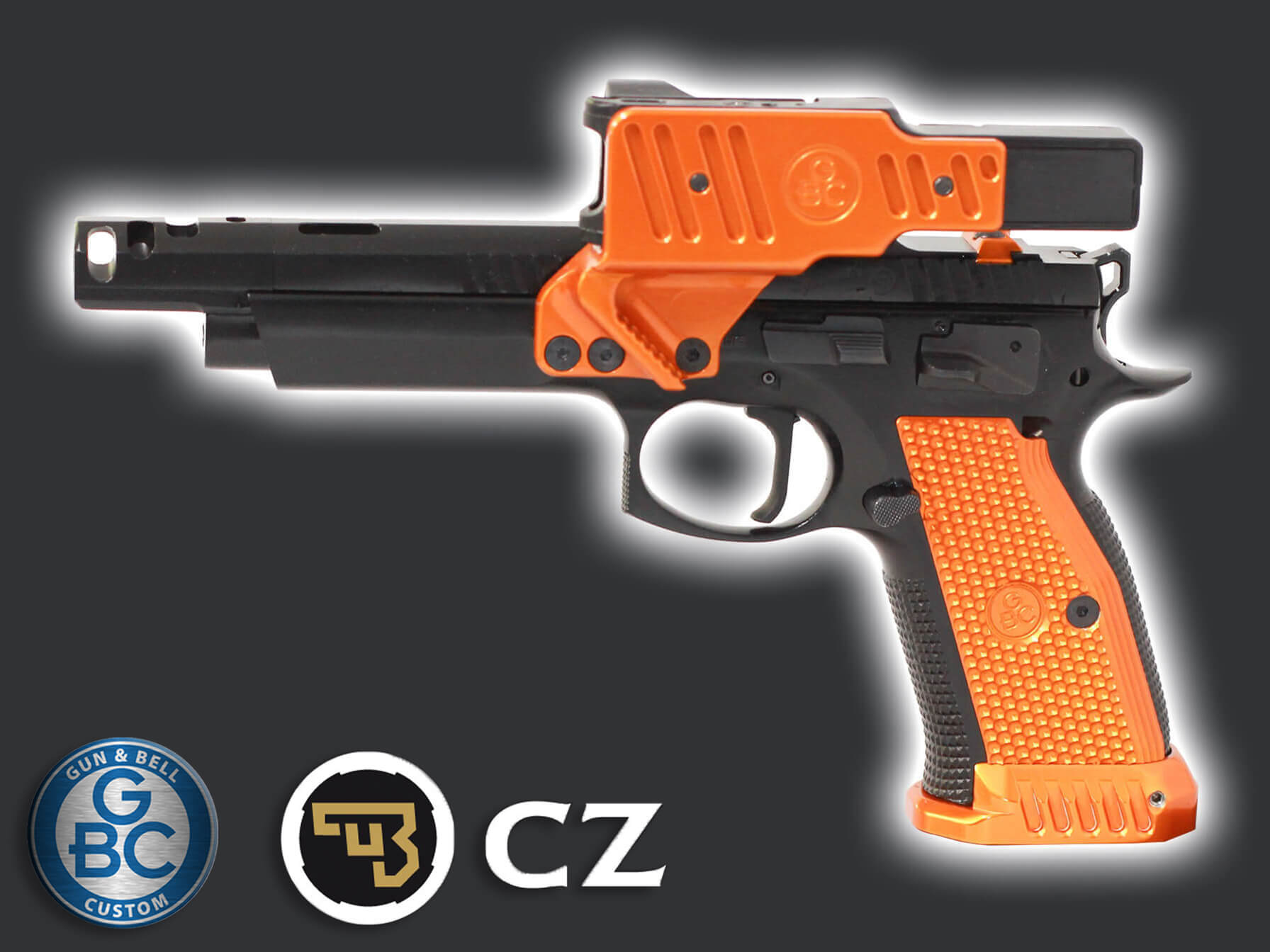 This pistol represents an absolute, no compromise, in unsurpassed craftsmanship of the highest standard, not only by the precision of fit and finish, but also by the range of accessories that have been fitted to this pistol making it an impressive Open Division Race Gun.

All individual parts are custom fitted to each pistol, we use our new GBC Grippy Grip 2 Grips and our newly designed GBC Big Mouth Magwell along with another newly designed product the GBC Cocking Lever, designed so you don't have to take off the lever to remove the slide.

Then there is the completely re-designed GBC 90 degree C-More Scope Mount with an integral Thumb Rest, the mount is designed with less height from frame to top of slide so when looking through the C-More SlideRide red dot sight the dot is low on top of the gun.

When designing the scope mount we wanted to get the dot as low as physically possible on top of the pistol, making the dot only fractionally higher than if looking through standard iron sights, so to help achieve this we have milled the top of the slide, but only to the point that the slides integrity is not compromised.

What we have achieved is that the pistol is shot at the same height when holding the pistol, exactly the same when shooting a production pistol, this is unlike so many other open class pistols out there, where the pistol has to be held lower by the shooter to see the dot when shooting the gun, this can take a lot of time to learn!

As for the compensator, this has been designed just for the Tactical Sport model, we have drilled in 4 extra holes on the barrel, two each side of the slide centre line, then slotted the slide above the holes, this has given more gas release earlier, this take away any unwanted gas pressure when shooting major, in the compensator itself we still have a single Hybrid Port releasing even more gas pressure. Then we have One Larger Port and Four Progressive Ports getting lower along the compensator dispersing the gases quickly and efficiently, holding the pistol level for fast accurate shooting.

A single action trigger is fitted with a lighter trigger, sear and main spring, making for a 2.0lb trigger pull.

Last but by no means least, we have styled the pistol to look like nothing else out there? …… If you spend the money, it not only has to operate perfectly, but look the part! ....... We know this does!

This pistol is Black with all the alloy parts anodsied Orange.

It's not called EXTREME for nothing!

All customers wishing to purchase Restricted Firearms must in the first instance be a holder of a current firearms license with the appropriate B, C, D or E endorsement.

You can process the purchase of a restricted firearm from this website at any time, the firearm is then held in your name, and the firearm will not be released until such time as all the correct documentation is received by us.

If you do purchase any of the restricted firearms showing on this website, please obtain a Permit to Procure from your local Area Arms Office and send to us.

If you are unsure of the correct procedure, Gun Supplies recommends that you contact us by phone in the first instance or email to discuss the purchasing procedure.